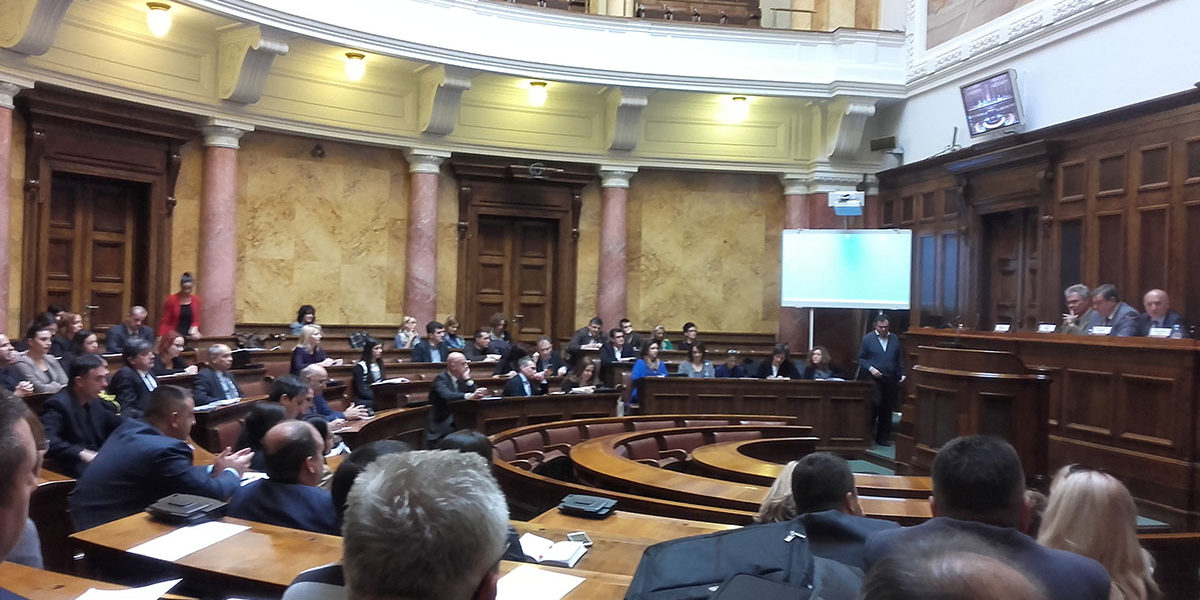 In the House of the National Assembly on November 1st, 2016, organized by the Committee for Environmental Protection, a public hearing was held on the topic – Systematic solutions in the environment – Serbia 2017-2027 – defining the problem
Dr Branislav Blažić, President of the Committee on Environmental Protection, opened the first public listening session, which will aim to identify problems in the field of waste management in the Republic of Serbia. The idea is to introduce a series of solutions which, by the middle of next year, will lead to a set of new laws governing the environmental protection system, which will lead to a better positioning of the Republic of Serbia in the opening of Chapter 27, after defining the problem.

Representatives of the line ministry, the Serbian Chamber of Commerce and NGOs raised the problems they face with regard to waste control, recycling, sanitation of landfills, cleaning of polluted areas, financing of the Green Fund, restructuring of utility companies and raising awareness in the society about the importance of environmental protection .

At the meeting it was said that the amendments to the Law on Waste Management and the Law on Environmental Protection were adopted due to the need for harmonization of laws with the regulations on granting state aid and harmonization with relevant EU regulations, but that new laws should be drafted to To remove the challenges that the Republic of Serbia encounters in the environmental protection system.

System waste streams and different types of waste that are not separated and mixed are deposited at the landfill, lead to a rise in sorting and recycling, but also disables flow control at landfills. Wild landfills and municipal waste with dangerous substances and their destruction do not correspond to environmental standards, which leads to contamination of the eco-system, it was said at public listening.

Dr. Branislav Blažić concluded a public hearing, saying that one of the main problems is the systemic functioning of public enterprises, which could be solved by private public partnership, but that there are other unresolved problems, such as the disposal of secondary raw materials and the remediation of illegal landfills.

The Chairman of the Committee announced the next public hearing for the next week, and on which will continue to define the problems in the field of environmental protection.